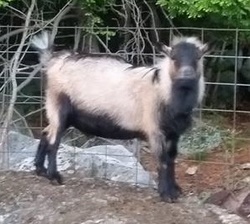 Bucks
All my bucks have been sold, thank you !
​All the doe's are in with Looker now for spring kidding
﻿SOLD For sale asking $250 or discount to a youth/or 4-h home﻿
So excited to have my boy back, but unfortunely he is related to most of my doe's so he is reluctantly up for sale


Dam's udder below, Lost Valley CM Cayden , who's also his granddam, her half brother is MCH Steele Ballew Blue Bayou
Cayden was milking over a quart with once a day milking this last freshening 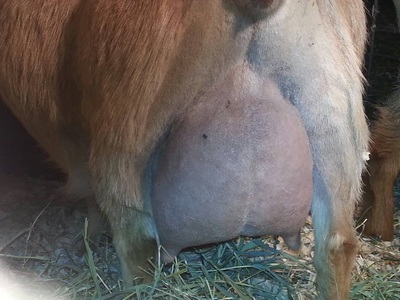 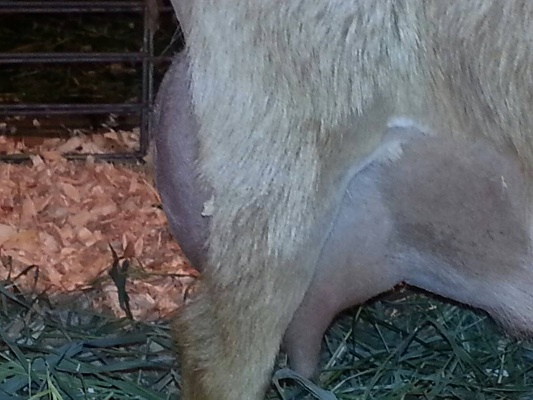 Crazy Acres Farm MZ I'ma Looker Too
so glad to have my Looker back, he has a forever home here  SALE Pending
(I will consider an
exceptional home for him, he has great genetics that will be lost here )

Foxy's dam is a linebreeding on Flat Rocks Gem, and Jack Sparrow is a son of ARMCH Twin Creeks MB Stellaluna *D'E' 90 LA VVEEE 89 and who also milked 7.7 lbs of milk on her 1 day milking test and who went on to milk over 1,200 lbs on milk test that year.
Foxy's udder below

​His dam Strawberry below, she resides in Montana now in a show herd 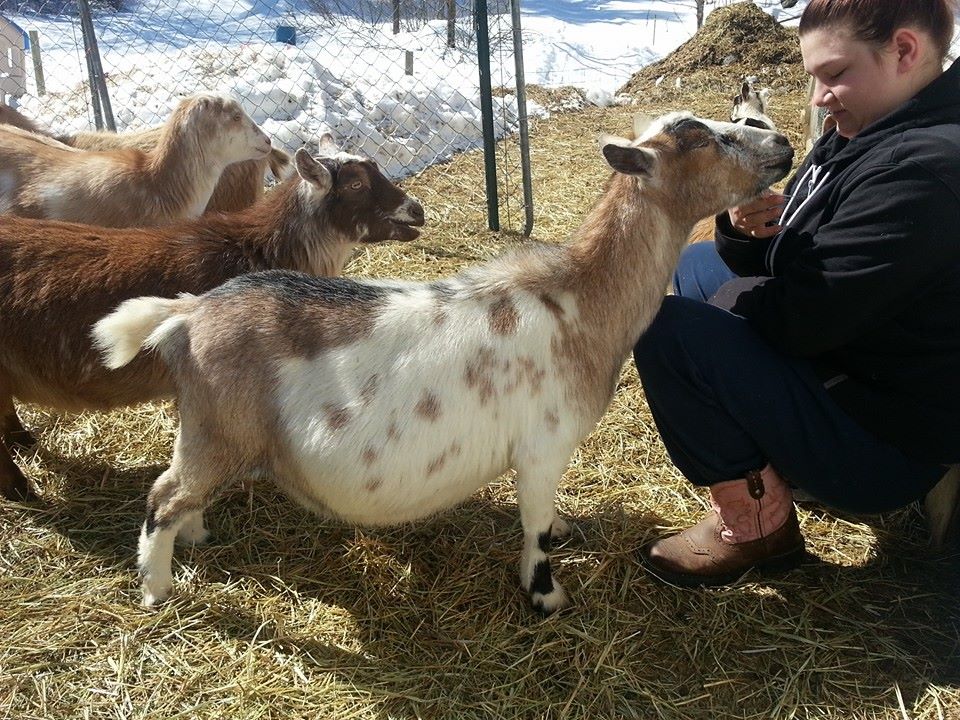 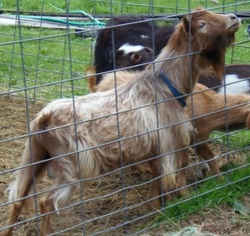 
Bail Jumper has been sold
We have learned that Bail Jumper earned two ADGA GCH Legs at the MDGA 4-Ring Buck Show under judges Katie Wolf and Richard Grossman, out of over 30 bucks!
And his daughter just Won Reserve Championship at the Big E

So excited to add this boy to our herd, I was looking for
a blue eyed buck but I couldn't pass this boy up, incredible genetics here for
both showing and milk and oh the
udders....
Icing on the cake is his dam Hill
Country Bailey is said to have been milking over a Gallon a day for her last 3 lactations!
Quote from his breeder at Avolino Farms
(His dam, Hill Country's Bailey has
the highest milk production of any doe in our herd-- producing
a full gallon of milk daily for her  last three  lactations.)
He's also a grandson of
ARMCH/GCH Sugar Creek PT Show Tunes 2*D 1*M 'E'  "E'
Bail Jumpers dam , Hill Country PS Bailey is the littermate sister to
Hill Country's PS Boo! Who made the 2005 AGS top 10 for butterfat on 1 day milk test earning her the 5th place spot.  She usually placed first in her class, and won several Best Udder awards. She passed away in 2008 with two legs towards her MCH.

(Quoted from her owner at Avolino Farms, his dam, Hill Country's Bailey has
the highest milk production of any doe in our herd-- producing
a full gallon of milk daily for her  last three  lactations.)
He's also a grandson of
ARMCH/GCH Sugar Creek PT Show Tunes 2*D 1*M 'E'  "E'